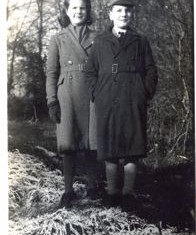 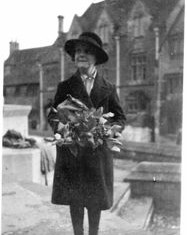 Life after school
Lionel & I were moved to Bruton Somerset boarding schools in July 1944. In 1949 he went to Bristol Univ. to train as a vet & I went to Homerton College Cambridge to train as a Primary teacher & later took the Froebel course. I taught in Herts & Middx before joining B.F.E.S. in 1957. I was extremely fortunate to be sent to a Primary school at RAF Gatow in Berlin. it was a very interesting time to be in Berlin & we could go over to the Russian side. I lived in the Officers Mess & some months later I met Johnny. We married on the I.O.W. at Easter 1959. Over the years we were posted to many different RAF stations including Singapore where I continued to teach. We had 4 children all born in the 1960's. In February 1975 we bought our first home in Marnhull, North Dorset .... & we have been here ever since enjoying seeing our 4 grandchildren growing up!