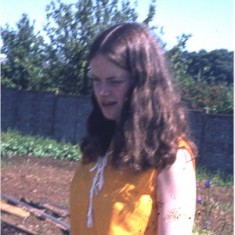 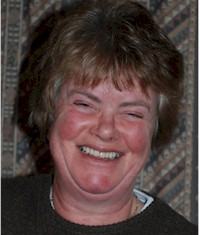 I went to Cheltenham Technical College and did a one-year Secretarial course on leaving school and then married in September 1970 to Guy Fielding.  We moved to Bristol and I worked as a secretary in a firm of solicitors.  I re-took 'A' levels in 1973 and we moved to Bradford in West Yorkshire in 1975.  In 1976 I got a place at Sheffield University where I read English Language, and then did two years' research into Children's Playground Games (I had studied Folklore and Oral History as part of my degree) for an M.Phil.

We moved to Sheffield in 1978 when Guy got a job at Sheffield Polytechnic (now Hallamshire University), but in 1980 we split up and divorced in 1983.  From 1981 to 1988 I had several jobs, but mostly worked in the voluntary sector, and in 1988 I moved to Birmingham for a job as Volunteer Bureau Manager at Birmingham Voluntary Service Council.  After six years there - a time which I thoroughly enjoyed as I was encouraged to be innovative and develop new initiatives - I became Chief Officer at Solihull Age Concern.  At around this time I met David Hewitt during a production of 'The Comedy of Errors' (!) at The Crescent Theatre in Birmingham.  After a very unhappy time at Age Concern Solihull, I got a job with Birmingham Age Concern as their Ethnic Minorities Development Worker.  This was a lovely job, working with all kinds of minority ethnic groups - Bangladeshi, Afro-Caribbean, Gujerati, Pakistani, Polish, Irish, Yemeni, and so on, but a change of management meant another move.  This time I was managing a 'Healthy Ageing' Project in Sandwell which I did for a year, before moving to a similar project but in Birmingham, where I could walk the 100 yards to work!

In 2001 David and I moved to an old farmhouse just outside Ledbury in Herefordshire.  We both work from home, but have plenty to keep us busy with just over an acre of garden.