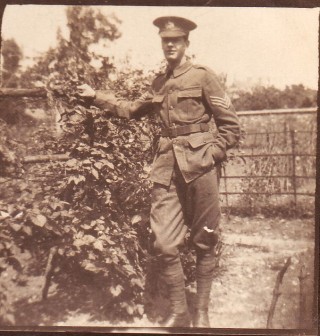 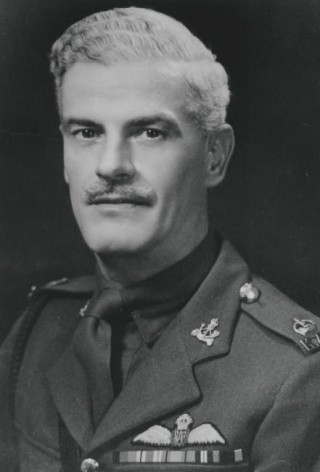 Arthur Ellis, in the uniform of the Kings African Rifles, in WWII.

Arthur Ellis was the first Campden boy to be Head Boy of the School, in 1916. Born in 1897, he was the first son of Harry George Ellis and Martha his second wife and was always seen as the boy who would go places. He joined the school cadet force when it was formed in 1916, and became a sergeant.

In 1916 the Government set up local Tribunals to hear appeals by men who had been called up for WWI: Arthur Ellis appeared in May 1917, supported by Mr Cox, the Headmaster, and was given temporary exemption to enable him to go in for the Oxford Senior Local Examination and the London University Matriculation. The Minutes of the Tribunal stated ‘The Headmaster explained that Ellis was a Bursar under the Board of Education and according to the regulations in force was compelled to take these examinations.’ He gained a 3rd class Honours in the examinations, but deferred further studies.


In August he enlisted as a private in the 2nd Artists Rifles, subsequently joining the Royal Flying Corps, ending the war as a Lieutenant. He qualified as a land surveyor and went to work in Uganda. He served in WWII with the Kings African Rifles and spent the rest of his life in Kenya and then South Africa. He was married three times.