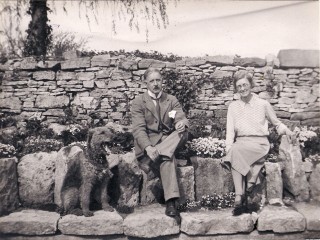 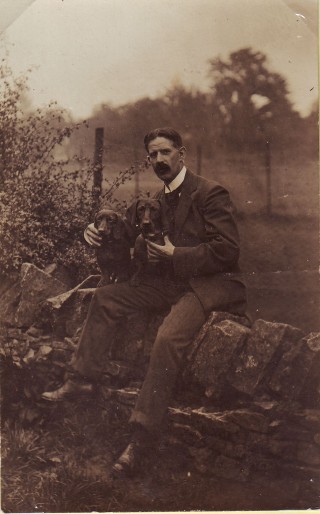 At a special meeting of the Governors of the Chipping Campden Grammar School held at Gloucester on Saturday, Mr Walter Matthew Cox, M.A., headmaster of the Blue School for Boys, Wells, Somerset, in connection with which is also carried on the Girls Secondary School, was selected as headmaster of this school out of 200 applicants. Mr Cox is a graduate of Dublin University, and has held his present post since 1908. Before going to Wells Mr. Cox was headmaster of the Royal Latin School, Buckingham, a post he held for twelve years. Mr.Cox has met with great success in his efforts to increase the size and scope of each of these schools, he has always taken a keen interest in the organisation of sports and games, and the social life of his pupils, amongst whom he has been most popular. The care of boarders has been a strong point which Mr.Cox, who has had the assistance of his wife in this department. The new headmaster will enter upon his duties after the Easter vacation.

Report from the Parish Magazine, June 1913

“The Grammar School has re-opened under the new Headmaster, Mr. W. Matthew Cox, M.A.  The governors have had the school house, and all the boarders’ apartments re-decorated.  There is a large increase in the number of boarders.  Most of those who were under Mr. Cox, at Wells, have accompanied him to Campden, which in itself is a very notable proof of the confidence which the parents of the scholars have learnt to place in both Mr. and Mrs. Cox.  The presence of a number of boarders should have a very beneficial effect in producing a good tone in the school.  The old staff of assistant teachers has been retained, and it has also been strengthened by the addition of Mr. Vincent Saunders, B.A.

The Examination for Scholarships is fixed for Saturday, July 26th, and as a number of names have already been received, competition is assured.  This is, of course, a thing much to be desired, as it will enable the authorities to select the best of the competitors, instead of being obliged to accept all the applicants.”

Increase in number of pupils – October 1913

The Parish Magazine has this report:-

“The Grammar School re-opened about the middle of last month with a very considerable increase in number both in Day Pupils and Boarders.  It will be remembered that the Headmaster, introduced more than a dozen of his former Boarders at Easter last and we understand that this number is now nearly doubled, some additions having been made from towns in our own vicinity.  In many ways the School is proving a valuable asset.  In addition to its value from an educational standpoint we appreciate its efforts to promote healthy sport among our future citizens.  The Hockey and Football elevens give excellent promise and there is no doubt as to the keenness of every pupil.  We have to record the success of two of the pupils in the Oxford University Local, Senior.  In addition very successful efforts are being made to promote the social side of School life and a series of entertainments is being arranged for the winter months.

The School is being well patronized by those who are conveniently situated along the railway between Evesham and Kingham.

We are indeed gratified at the School’s progress and have no doubt whatever that is success will continue to justify the confidence so increasingly placed in it.