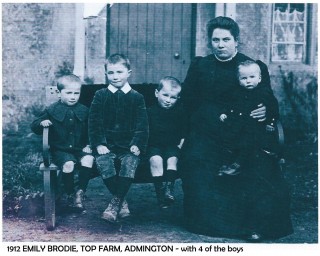 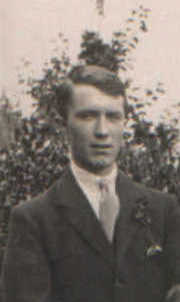 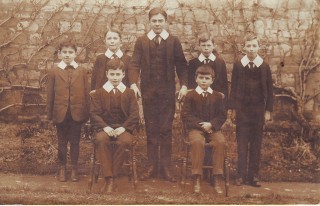 My father was a scholar at Chipping Campden Grammar School starting as a boarder in 1913 when aged 8 years. His home at this time was Top Farm, Admington having moved there from Corndean Farm, Winchcombe in 1911. Later as he matured he became a day boy as he was able to ride his pony to school leaving it during the day stabled at “Badhams”.

On or around the 29th day of September 1917 the family moved to Manor Farm, Weston Sub Edge. Here is a photo of him in 1919 on his own mare which he rode to school. 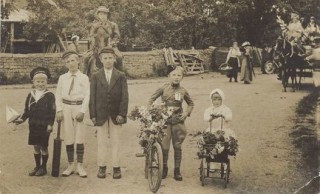 The headmaster at the time, Mr. W. Matthew Cox, must have been a great influence in my father’s life as he often spoke about him with muted affection.

My father was sensitive, articulate, erudite and very interested in poetry – often he quoted from his favourite poems learned long ago at Chipping Campden Grammar School, where he read Milton, Browning and Shakespeare. One of his favourite poems was “Home Thoughts from Abroad” by Robert Browning; he would recite it word for word regularly throughout his life time. At his funeral it was read during his Eulogy:

Oh, to be in England
Now that April’s there,
And whoever wakes in England
Sees, some morning, unaware,
That the lowest boughs and the brushwood sheaf
Round the elm-tree bole are in tiny leaf,
While the chaffinch sings on the orchard bough
In England – now!

And after April, when May follows,
And the whitethroat builds, and all the swallows!
Hark, where my blossomed pear-tree in the hedge
Leans to the field and scatters on the clover
Blossoms and dewdrops – at the bent
spray’s edge –
That’s the wise thrush; he sings each song
twice over,
Lest you should think he never could recapture
The first fine careless rapture!
And though the fields look rough with hoary dew,
All will be gay when noontide wakes anew
The buttercups, the little children’s dower
– Far brighter than this gaudy melon-flower!

He obviously learnt French too and he told us that he would learn vocabulary homework by rote while he was going up and down Dover’s hill. He was proud of his command (so he would make us think) of the French language and would always summon up `Qu’est-ce que le temps veuillez` when he wanted to know the time.