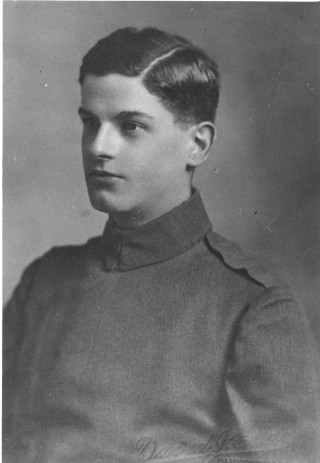 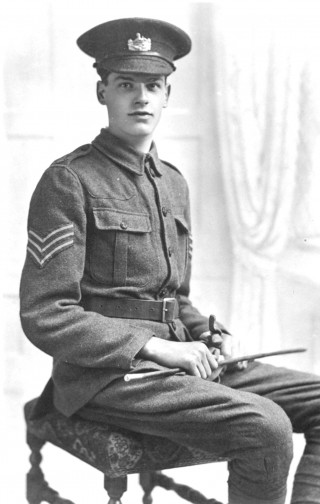 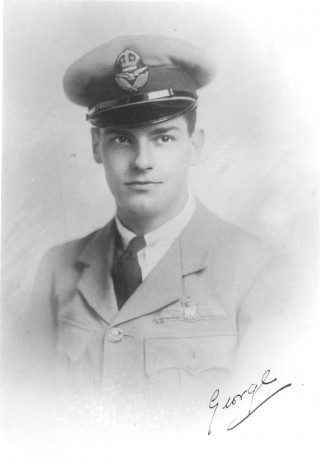 Arthur was born in Campden, the son of Harry George and Martha Ellis of Lower High Street, and was baptised at St. James’s Church on 13 August 1899. His father was a native of the town and a basket-maker by trade.

Arthur was educated at the Grammar School and was Head Boy of Campden Grammar School in 1916. After leaving school he enlisted as a private in “D” Company, 2nd Artists’ Rifles Officer Training Battalion (28th Battalion, London Regiment) on 17 August 1917, when he was 18 years old. He was posted to Hare Hall Camp at Romford in Essex and then in November 1917 he joined the Royal Flying Corps as a sergeant at Number 5 Cadet Wing at Hastings. In 1918 he obtained his commission and by the end of the war he held the rank of lieutenant. Arthur did not serve overseas during the First World War.

In 1918 he was admitted to hospital and this was followed by a period of convalescence in Brighton. He then took a course in land surveying at Southampton University. After he qualified as a land surveyor he went out to Uganda in 1921, where he was always known as George. In 1924 he returned to England on leave and married his first wife, Gloria. They had two children, Jacqueline and Michael, who were both born in Uganda. This marriage ended in divorce when Jacqueline was only 2 years old and Arthur then married his second wife, Millicent Guppy.

Arthur worked in Uganda for 18 years, moving to Ethiopia in 1939. During the Second World War he served as a major in the 5th Battalion, King’s African Rifles in Kenya and was awarded six medals for his time in the army in Africa. After the war he became an engineer with the East African Railway Company in Kenya. In 1962 he moved to South Africa and lived there until he died on 22 August 1987 aged 88 years. He was survived by his third wife, Dorothy, who then returned to live at Seaton in Devon. He is buried at Port Shepstone, Natal, South Africa.

Arthur’s son, Michael George Rupert Ellis, was a lieutenant with the Grenadier Guards and he died on 26 March 1946 aged 20 years. He is buried in Cologne Southern Cemetery in Germany.