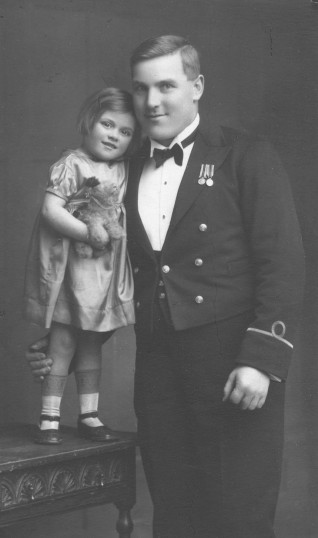 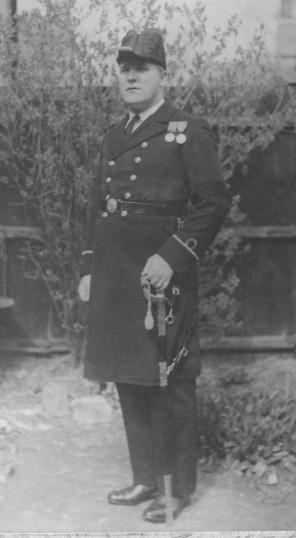 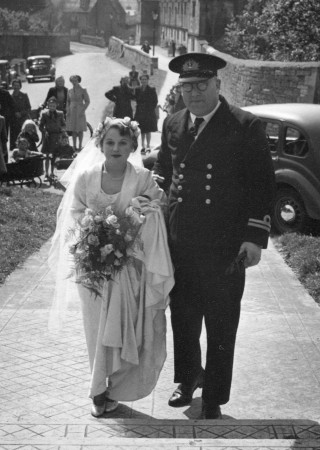 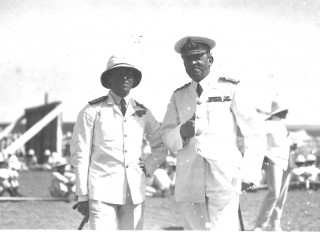 Harry was born in Ebrington, the second son of William and Sarah Wheatcroft. He was one of the first pupils to win a free scholarship to Campden Grammar School and after completing his education he found employment as a market gardener. When he was 16 years old he enlisted in the Royal Navy on 15 September 1915 and was posted to HMS Impregnable, a training ship at Devonport, as a boy second class. He was promoted to boy telegraphist on 26 February 1916 while serving at HMS Ganges at Harwich and then to ordinary telegraphist on 7 February 1917. Later that year he became a telegraphist and he ended the war as a leading telegraphist serving on HMS Southampton.

Harry remained in the Royal Navy after the end of the war and on 16 June 1926 he was promoted to acting petty officer telegraphist while serving on HMS Maidstone, a supply ship for submarines. Further promotion followed on 16 June 1927 when he was made a petty officer telegraphist while he was based at HMS Vivid, the Royal Navy barracks at Devonport.

In the years between the wars Harry married Molly Nobes and served in Ceylon and Malta before he joined HMS Nelson in 1935, which was stationed at a shore base at Portsmouth. In 1936 he was an officer at the Spithead Review.

At the beginning of the Second World War Harry joined HMS Courageous, an aircraft carrier, and was amongst those who were saved after the ship was torpedoed and sunk by a German submarine on 17 September 1939. Two torpedoes struck the ship on her port side and she capsized and sank in 15 minutes with the loss of 518 of her crew, including her captain. She was the first British combatant ship to be lost in the war. Harry was granted leave after his rescue and returned home to Campden to see his wife and two children, Dennis and Barbara.

He was then posted to a Royal Navy station at Simonstown in South Africa, where his duties were to get ships around the Cape as they headed towards the Suez Canal in preparation for the offensive in North Africa.

Harry returned to England in 1946 as a lieutenant-commander, was posted to Gateshead and finally to the Admiralty Signal and Radar Establishment (ASRE) based at Risley, Lancashire. He retired from the Royal Navy in 1955 after 40 years’ service.

He died in Ashton-under-Lyne Hospital on 7 March 1968 aged 68 and is buried with his wife and parents in St. Eadburgha’s churchyard in Ebrington.