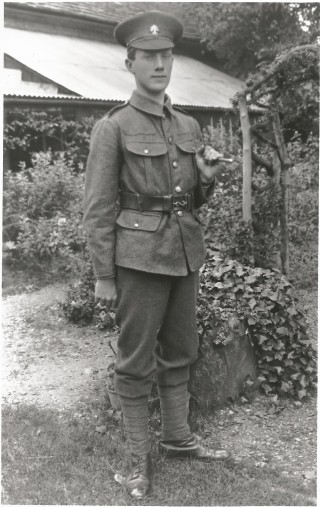 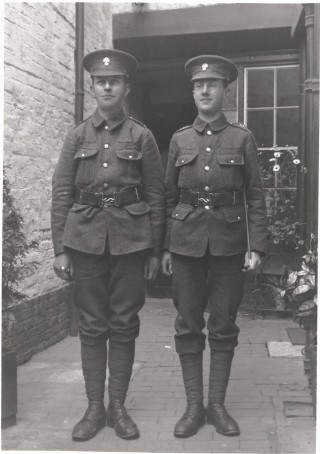 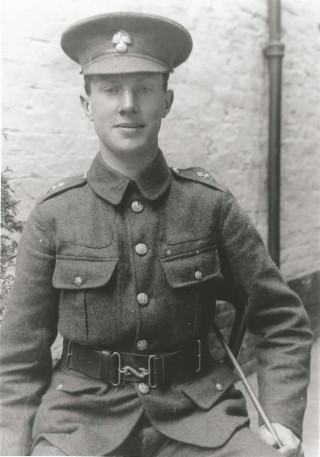 Victor was born in Stratford-upon-Avon, the eldest of three children of William and Louisa Ellen Hyatt of Wood Street (previously 18 Albany Place). His father was a saddler.

Victor attended King Edward’s School in Stratford from 1905 until 1913 and then continued his education as a boarder at Campden Grammar School. When he was still only 17 years old he enlisted in the Royal Fusiliers in early 1915, joining the 18th (1st Public Schools) Battalion, and in June 1915 he was posted to Clipstone Camp in Nottinghamshire. On 1 July they moved to Wiltshire for intensive training in preparation for action on the Western Front. In August they were at Tidworth and on 14 November they embarked at Folkestone but their arrival at Boulogne was held up by German mines at the entrance to the harbour. After a brief period in a rest camp they moved on foot and by train to the area around Béthune, where they were billeted in the tobacco factory and the Ecole Michelet in the town. They entered trenches for the first time at Vermelles and spent the next few days learning about life in the front line.

In severe weather with hard frost they took over trenches at Le Plantin, north-west of Givenchy on 1 December 1915. When not frozen the trenches were very wet and badly drained. Victor had a quiet day in the front line on 4 December with occasional bursts of machine gun fire and artillery fire from both sides. On 5 December a shelter in a British trench collapsed and two men were killed, one of them Victor Hyatt, a man “whose bright, energetic disposition won him many friends”. In a letter to Victor’s mother, quoted in the Stratford Herald, Private 6783 Ronald Newland wrote, “It is the greatest sorrow I have ever had, for after all he was the greatest friend I ever had. The only possible consolation I can hold out to you is that he suffered no pain and death was practically instantaneous. Victor, Thomas and Dix were sitting in a dugout together. Victor and Thomas were sitting on the grass, leaning against the inner wall. Dix was lying in the middle. Owing to the wet and shell fire the dugout was in a cranky condition and fell in on top of them, the wooden posts with the weight of the sand bags on top crushing Victor and Thomas, but Dix having no weight on him was dug out uninjured.”

Victor was 18 years old when he died and was originally buried by his comrades in “a little cemetery at Le Plantin alongside his chum, two crosses marking their resting place.” After the war his grave was moved to Brown’s Road Cemetery in Festubert in France.

Victor’s name is recorded on the war memorials in Campden School and King Edward’s School. It is also recorded on the town war memorial in Stratford and on the wooden panels in Evesham Road cemetery, Stratford. There is an inscription for Victor on his parents’ grave in Evesham Road cemetery and his memorial plaque was mounted in their headstone until it was stolen in 2002.